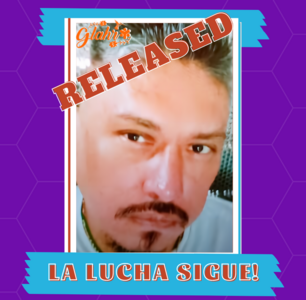 It has come to our attention that Jose Abazan Sosa (AKA Juan Sosa Abazan), A078-380-444, a U.S. citizen currently detained at Stewart Detention Center, is at imminent risk of deportation from the U.S. Despite Jose’s repeated claims of U.S. citizenship and provision of documentation his U.S. birth certificate, Jose informed his family that early this morning that ICE attempted to remove him from the U.S.

In Jose’s case, he has repeatedly asserted his claim to U.S. citizenship and provided ICE with copies of his U.S. birth certificate showing his birth in Fresno, California and his social security card, which demonstrates indicia of potential U.S. citizenship as outlined by the ICE Memorandum. Additionally, his family, including his birth mother, have indicated a willingness to be interviewed by ICE and otherwise assist in any investigation of his citizenship.