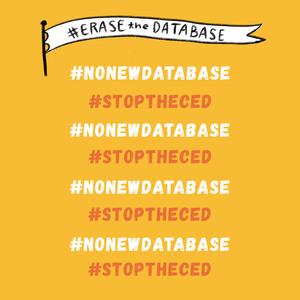 CPD should follow the recommendations of hundreds of public comments, the Office of Inspector General, and advocates and put a stop to the creation of a new gang database. Last year the Chicago Police Department announced plans for the Criminal Enterprise Database, this proposal goes around a legislative process and cuts out City Council. Moreover the new gang database is being created without a full investigation into current practices.

The creation of this new gang database will continue to harm relationships between police and community members. The CPD should stop the creation of the Criminal Enterprise Database.

Last spring, the Chicago Police Department (CPD) took comments from the public on its proposed Criminal Enterprise Database (CED), beginning on April 11 through May 11, 2019. The comments obtained through the use of the Freedom of Information Act show major discontent with CPD’s plan to implement a new gang database. Alternatively, an overwhelming number of suggestions point to the need for solutions that center investment in public education and mental health resources instead of more systems of biased surveillance and criminalization.

According to a memo prepared by the campaign to Erase the Gang Database, approximately 86% of the people who submitted comments opposed the creation of any database, including the Criminal Enterprise Database. A remaining 11% of the comments opposed the CED, but appeared open to the creation of a different database and 3% supported the CED as proposed by the law enforcement agency last year.

Last spring the Chicago Office of Inspector General published a partial audit of the Chicago Gang Database, confirming the information that community organizations have been highlighting for years: That it mostly targets Black and Latinx people (at 95% of the list), that it shares information with over 500 agencies, and that instead of being a tool to make communities safer, it is used to criminalize, intimidate, and denigrate Chicagoans.

In response, the Chicago Police Department stated that they will only comply with a partial list of the recommendations, by creating a new gang database that is supposed to follow the guidelines but ignoring any grievances of people for the current gang database, with plans of continuing to share the inaccurate data with over 500 agencies indefinitely.